CONTEXT
Shan Shui city is a new city district for Dujiangyan which is situated southeast of the local mountain chain and next to the Min River. The new city district comprising 13,4km² is expanding the city to both sides of the river. The area is famous for the Dujiangyan Irrigation System built around 250 BC in the Min River. It is still in use today to irrigate over 5,300 square kilometers of land in the region including the neighboring major city Chengdu. The mountain topography (Shan) of the area as well as the element water (Shui) play a significant role in the design of the urban development of Shan Shui city. 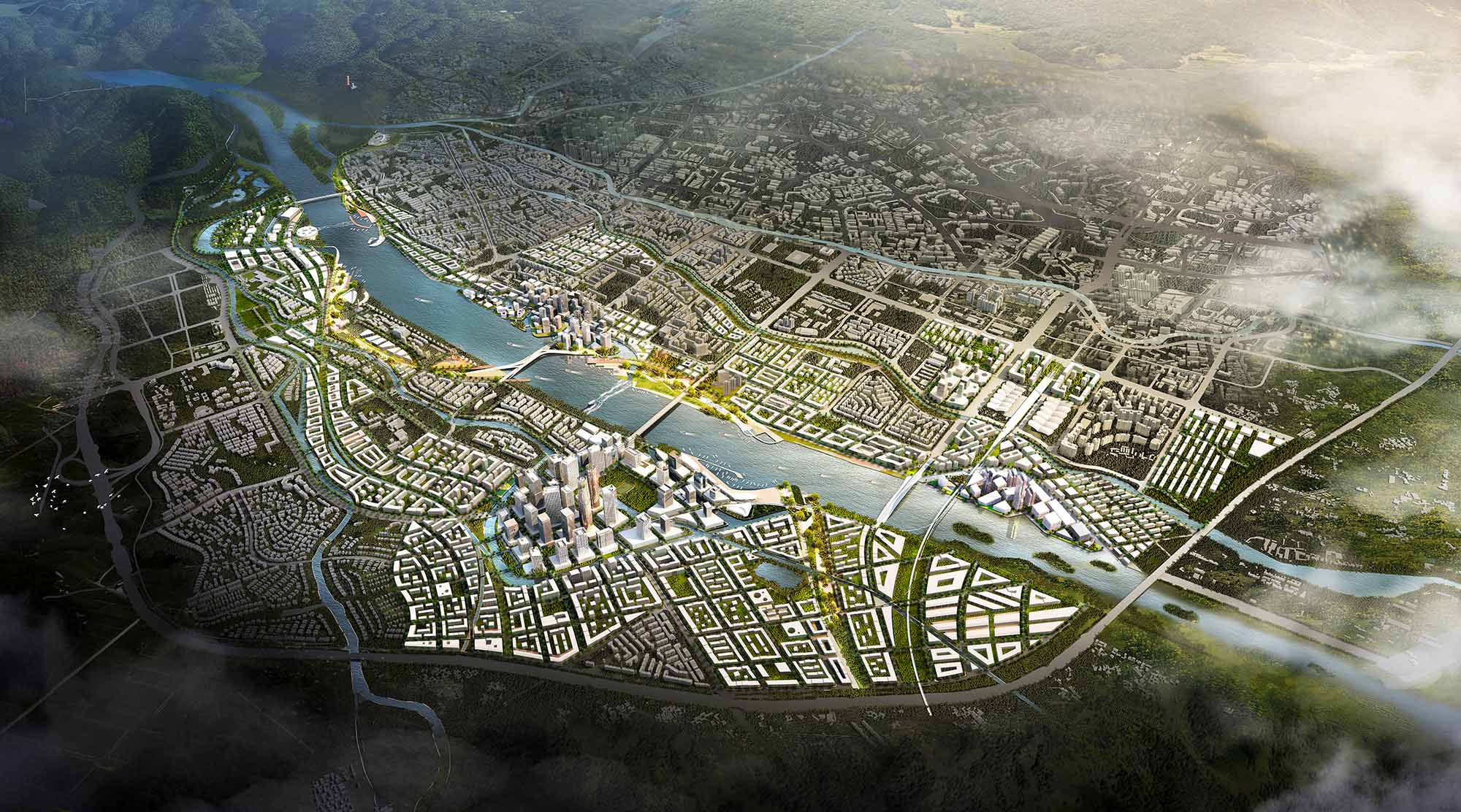 MEANDERING WATER STRIPE WITH ISLANDS
A meandering water stripe is structuring the site in four main zones enclosing the new urban core areas by creating islands with distinctive characteristics. They range from the northern island of nature experience, health and culture situated close to the old city center and next to a wetland area up to the science and technology center in the southern area of the site. This center is arranged close to the infrastructure of main station and motorway ensuring a good connection to the surrounding countryside like Chengdu. The central business district is positioned in the middle of the site with optimal accessibility from every other zone.

CONNECTING GREEN
A green stripe connects the centers offering recreation and sport areas next to the Min River. It functions as main car-free circulation area for pedestrian and bicycle traffic between the centers. A secondary green layer links the residential areas to the stripe. Together they form a car-free network of green interconnecting all parts of the city.

CITY GRID - FROM PLOT TO BLOCK
The existing large blocks in the area with a side length of 265m on average are consisting of several private plots with an almost exclusively private road system. This generates large distances between the blocks supporting mainly car traffic and leading up to a car dominated public space. By splitting up the block into its plot units the city grid gets more detailed and distances are reduced - the plots are the new blocks. The city becomes walkable and more attractive for bicycle traffic reducing car traffic. The design offers incentives to give back public life to the streets.